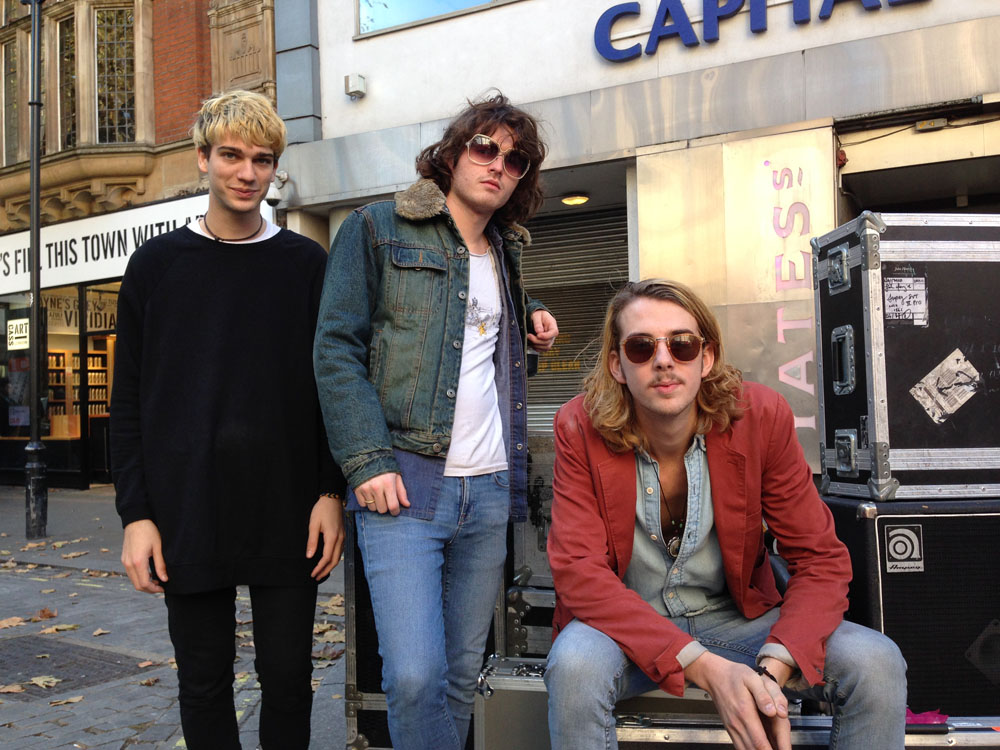 HEYROCCO came, saw and conquered on their first trip to the UK!

Not only did they play to a packed KOKO in London at the start of their debut tour – a tour that saw them playing to more sold-out venues around the UK – but they rounded it off with a return to the capital, and a session for the premier new music show on Xfm.

The session will be broadcast on 4th November 2014!

Looking every inch the rock stars that they look set to become, the HEYROCCO arrived for their Xfm X-posure session excited to meet key DJ John Kennedy, and as expected, they delivered a fabulous session.

John, who’s always a reliable musical weathervane of new talent, was hugely complimentary and supportive. We can’t wait to hear the session when it’s broadcast on 4th November! 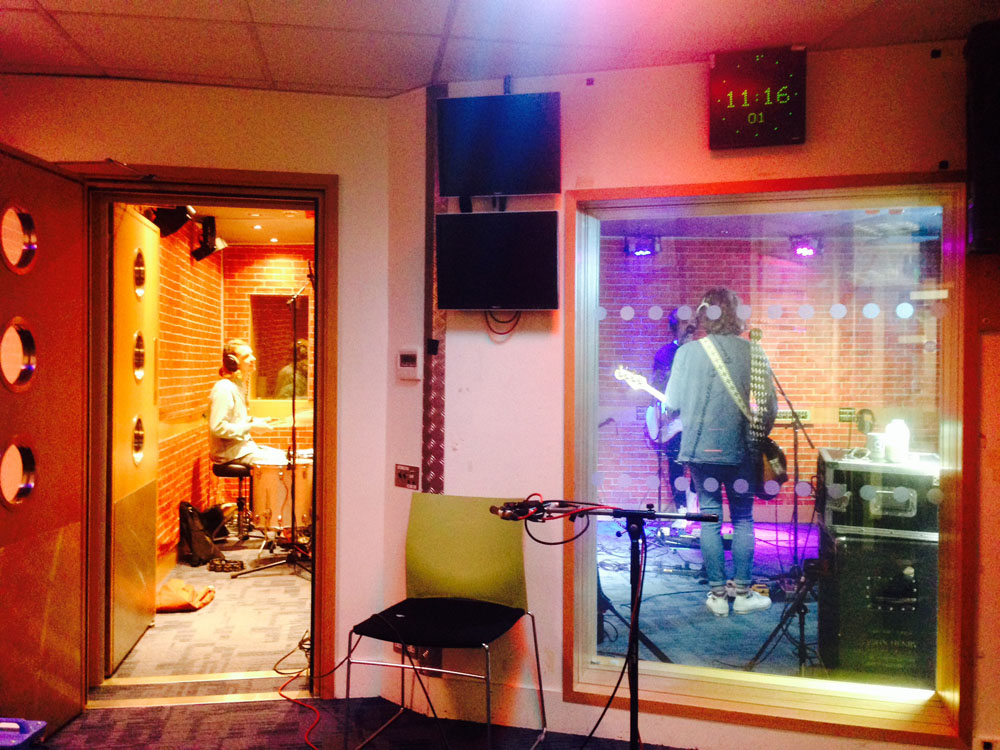 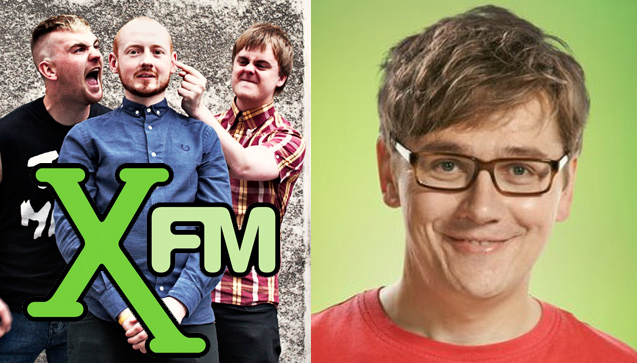 The Minx are the power-pop companions to the punky thrash of The Orwells, Palma Violets and Parquet Courts – snuggling up cosily with a shared sense of spirited, anything-goes fun…

The Minx are winning people over the hard way, gigging, recording top pop songs and then doing it all again! 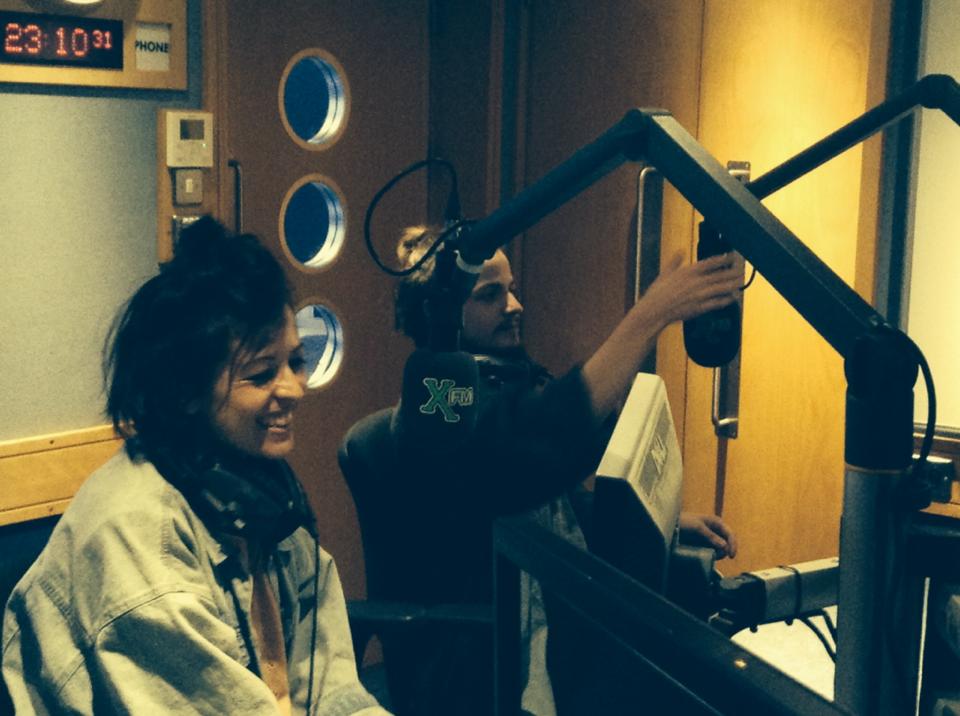 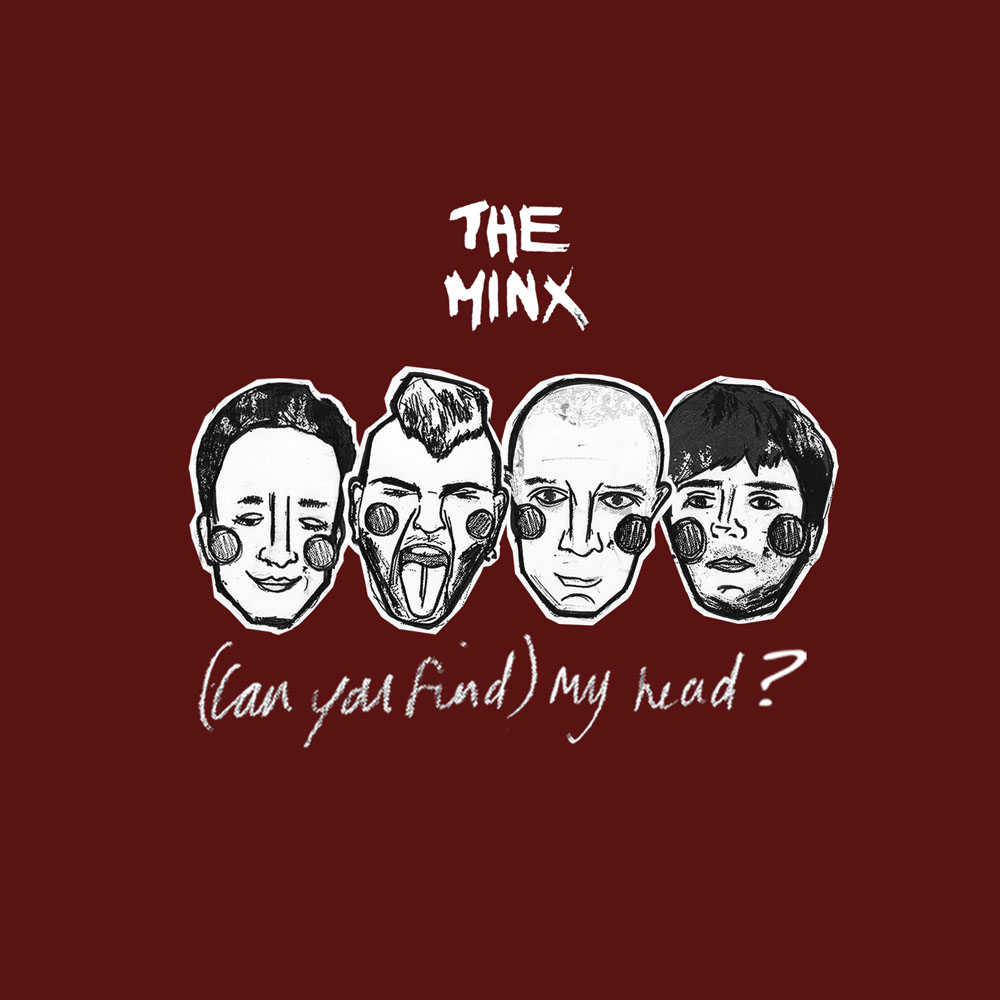 ‘Don’t Need This’, the latest Daystar single, is set for release on February 27th. Captured by legendary Liverpool producer Ronnie Stone, the raking, shimmering guitars, cascading bass-lines, laidback somersaulting drums and the sweet, soaring melodies of front man Simon Monaghan demonstrate unflinching feeling and belief. In his own words; “This song is about the pretension and conformity of the murky underbelly of the Manchester club scene and the social whores who frequent it”. There’s evidence aplenty of the band’s respect and admiration for the work of Syd Barrett from Pink Floyd and perhaps more than a passing nod to the classic harmonies of Brit-pop heroes Mansun and The Charlatans.

Daystar’s rise over recent months has been impressive to say the least. With a sound drawing expertly from contemporary influences whilst effortlessly tapping into the feel-good aspect of sixties mod culture, the band have rapidly developed a reputation as one of the UK’s most exciting up-and-coming indie acts.

Daystar songs charm through the noble art of storytelling whilst creating eclectic soundscapes that conjure fond recollections of classic tunes by The Smiths, The Stone Roses and The La’s, along with song craft reminiscent of legendary groups like R.E.M. This has earned the band many high profile fans, including Radiohead’s Ed O’Brien , Radio 2’s Janice Long (‘They said I’d like this. They were right.’), Terry Christian and BBC London/6 Music’s Gary Crowley (‘I’m absolutely loving this, I can certainly hear the Syd Barrett and Brian Wilson influences’).

To mark the release of ‘Don’t Need This’, Daystar will be playing live shows at:

THE CORDELS were Clint Boon’s ‘Record of the week’ last week on Xfm and will be in session this Sunday [23 August] on Pete Mitchell’s ‘Razor Cuts’ show between 6 and 8pm. Xfm’s Jon Hillcock’s influential ‘New Noise’ also played the single on his tastemaker show on Sunday and Steve Lamacq gave the single a play on his BBC Radio 1 show. Absolute Extreme added them to their cool playlist and support around the UK from specialist taste makers – it’s a great start for an unsigned band doing it for themselves.

THE VANGUARDS – Their Razor Cuts session on Xfm didn’t get aired last week due to studio technical problems but fortunately it will definitely go out this week [6pm-8pm, Sunday 23 August]. The Vanguards’ single ‘Regress’ has also been added to NME Radio’s ‘spot play’ playlist.

TEAM WATERPOLO – Last week the guys were Record of the week on Xfm Manchester’s breakfast show with Pete Mitchell, this week they are drive-times ROW with Clint Boon. On Saturday [15 August] the guys found themselves playing in front of thousands of people at Rock FM’s ‘Rock in the Park’ alongside Tinchy Stryder, VV Brown and Peter Andre no less!

MY ALBATROSS – This debut is released on 14 September and is already receiving a fantastic reaction from National and Regional specialist radio.  They’re currently back at Sandhill Studio recording the follow up to Live and Live Lonely.

COSMO JARVIS – Watch out for this 19 year old, it’s early days but we think you’re going to hear an awful lot more about Cosmo. His next single ‘Jessica Alba’s number’ should see him getting a lot of attention.

SAVING AIMEE – Their next single ‘Fresh since 88’ is pencilled in for Sunday 12 October and their album for 19  October just before their support slot with Fightstar.

THE VALENTINES – Their single ‘You Make Me Me’ is confirmed for a 21 September release and already picking up some good plays. More news on the duo soon!

THE CORDELS have secured their place on the Xfm playlist. That means the single Dance In Time will be heard across the entire Xfm network in the UK and around the world on the Xfm website. And that’s not all! Dance In Time is also record of the week on Clint Boon’s drive-time show this week on Xfm Manchester.  Clint’s show goes out 3pm-7pm on http://www.xfm.co.uk.

SAVING AIMEE have just been confirmed as main support for the Fightstar tour in October. And that means we’ll be extra busy plugging the band’s debut album, We’re The Good Guys.

TEAM WATERPOLO‘s Letting Go has been chosen as Pete Mitchell’s record of the week on Xfm Manchester. The guys have also just been asked to play Rock FM’s ‘Rock in the Park’ on 15 August so catch them there if you can.

THE VANGUARDS are booked in to do a session on Pete Michell’s network Xfm show, Razor Cuts, on Sunday 16 August. This comes hot on the heels of their Radcliffe & Maconie record of the week spot for BBC Radio 2.

We are hugely excited to be working with an incredibly talented young man who goes by the name of COSMO JARVIS. You can listen on our  Soundcloud page and we’ll be posting much more about him very soon!