Working with BIMM Manchester has been an exciting experience for us.

With Ask Me PR‘s advice, connections and consultation, the college are quickly and intelligently embedding themselves into Manchester life – no mean feat at all.

When BIMM wanted a contemporary interior design for the communal areas of their new £3.5M college building, we introduced Ben Kelly of BKD to BIMM Manchester.

Ben is held in huge esteem for his groundbreaking designs of the Haçienda and Dry 201 interiors in Manchester – and he went on to design a typically inventive and empathetic interior for BIMM Manchester’s new home.

BIMM are thrilled with the results – and their students will be enjoying the fruits of this exciting collaboration when the college opens in October!

We caught up with Ben after BIMM officially revealed his designs at a special launch evening: 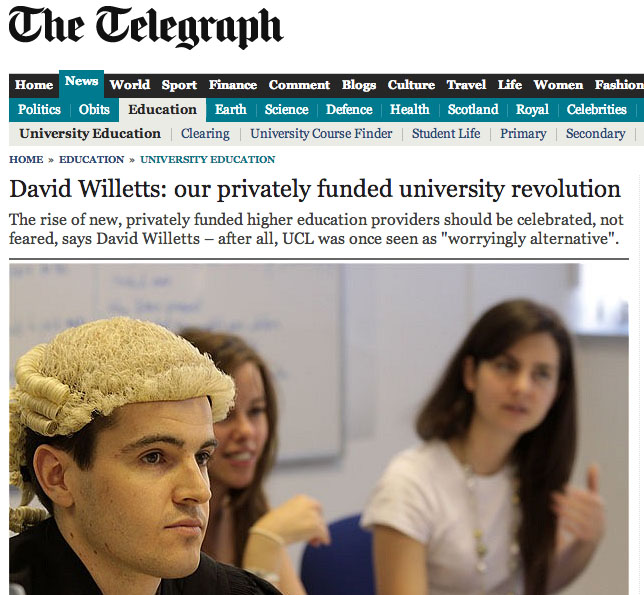 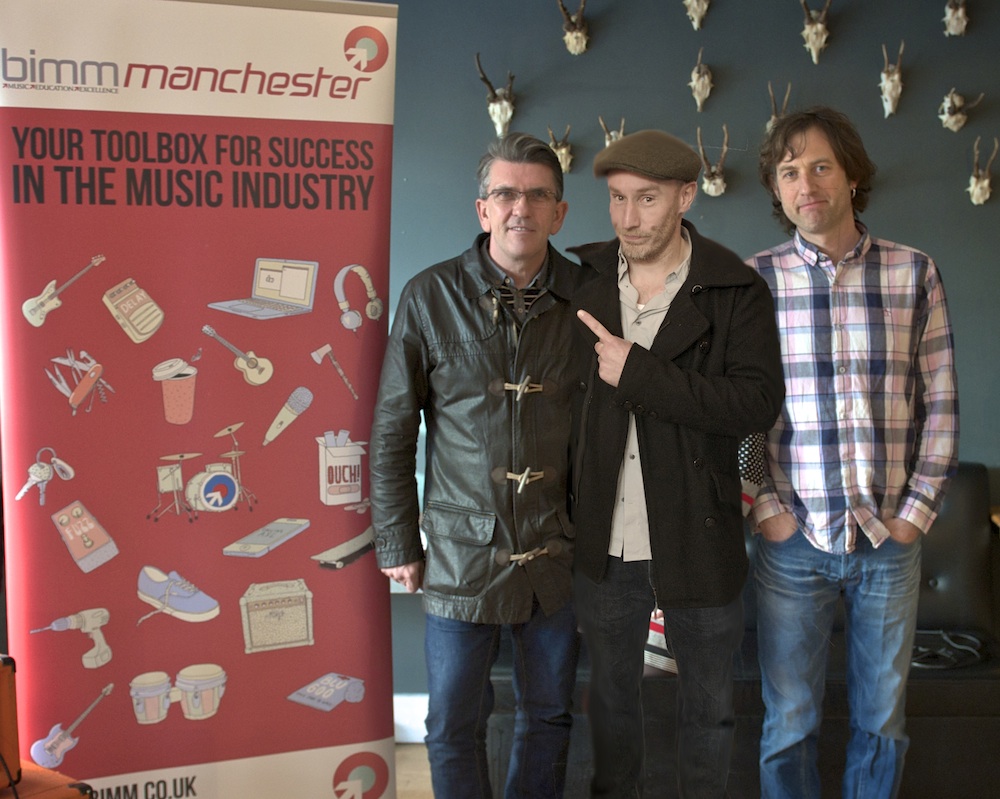 The BIMM group prides itself on making sure its students learn from the very best real-world, been-there-done-that musicians… and how do you fancy honing your drumming with advice from not one, but two of the UK’s greatest and most experienced drummers?

Both Mike Joyce of The Smiths and Richard Jupp of Elbow have joined BIMM Manchester’s Drums department, where they will be helping students to become the very best they can be. 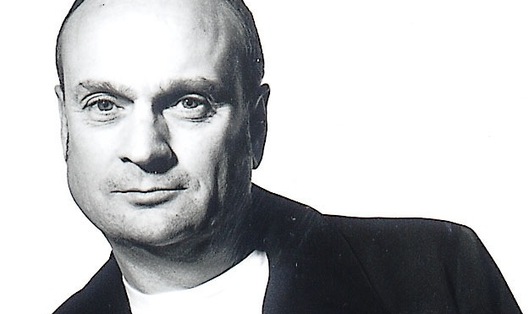 BKD is synonymous with both thrilling and cutting edge interior design, as well as Manchester itself: Ben famously designed the interiors of Factory Records HQ, The Haçienda and Dry 201 in the city centre. 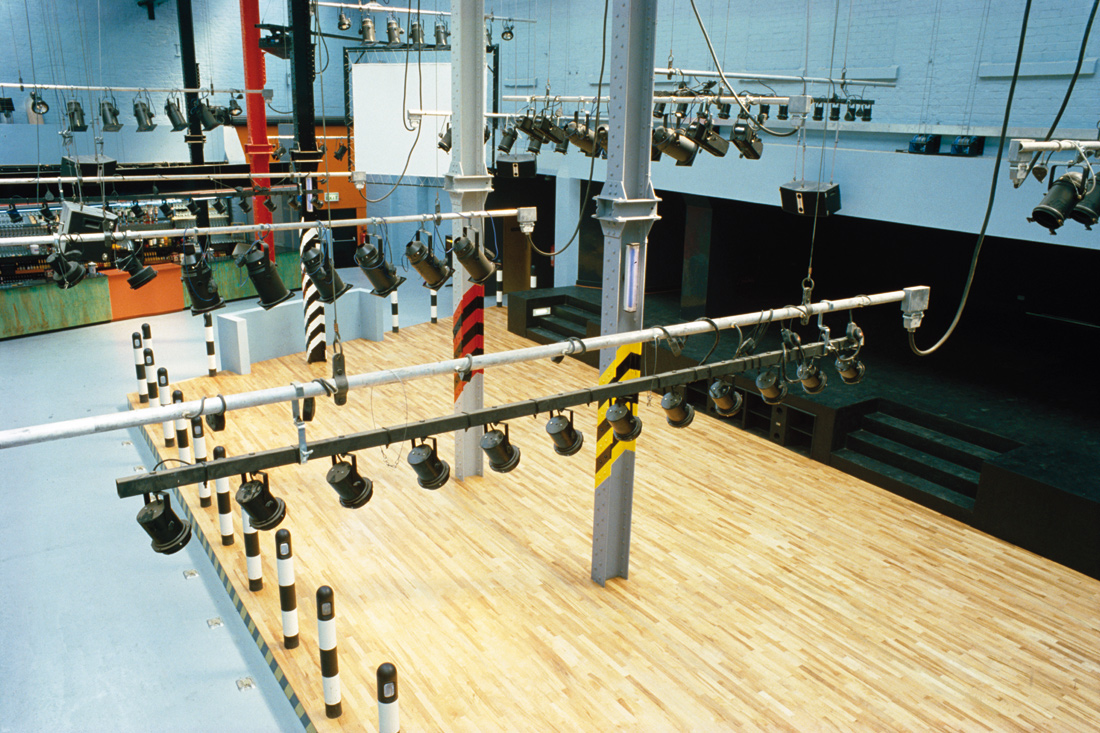 With the design of these latter iconic locations, BKD forever changed the public’s perception of what both nightclubs and bars could be – and BIMM is truly excited to see what Ben Kelly Designs can bring to BIMM Manchester’s new home.

The environment BKD creates will play a big part in inspiring both students, staff and guests to reach their full potential.

“BIMM Manchester is located in the heart of the city at No.8 Great Marlborough Street, a classic red brick / green glass mill-style building which holds a powerful sense of history and narrative around Manchester’s entrepreneurial and industrial past. BIMM is at the lead in to Manchester’s prestigious Knowledge Quarter and within 10 minutes walk of numerous contemporary music venues. We believe it will be the perfectly placed hub for Manchester’s future music and creative talent. BKDs contribution will be to help us reference and acknowledge the city’s music heritage whilst presenting an environment which is aspirational and reaches to the future.” 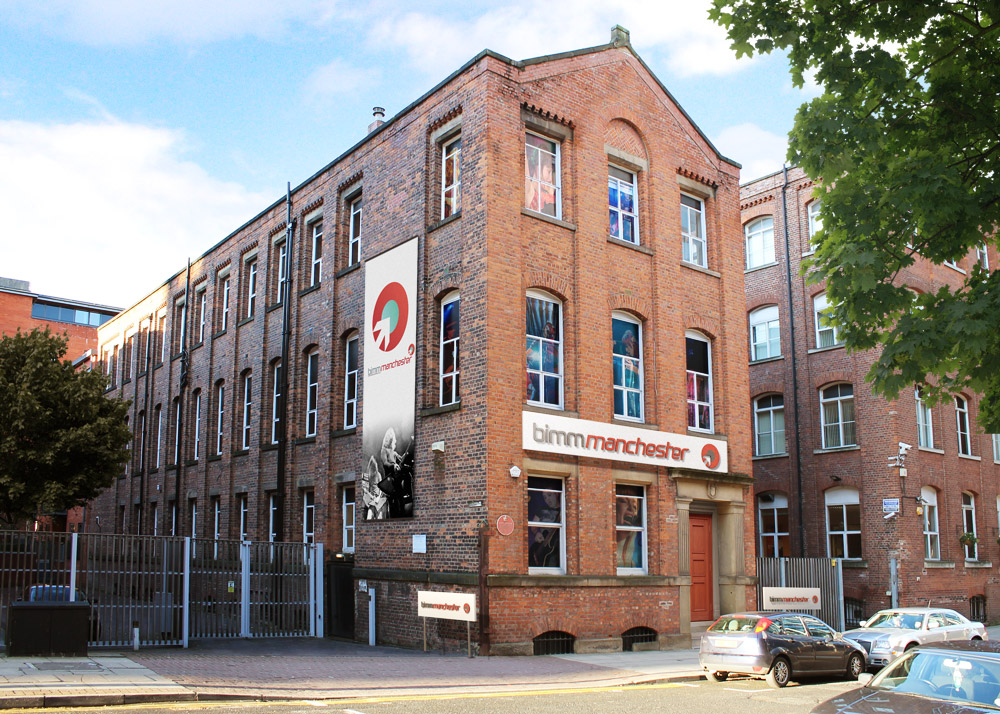 “BKD are really pleased to be working with BIMM Manchester helping to create a unique environment for their students to study and learn their craft in. We are happy to be working in Manchester again and to have the opportunity to further the cultural legacy established when working with Factory Records.”

BIMM Manchester is holding an Open Evening on Thursday 27th June at Dawsons’ Music Shop at 18:30. Ben Kelly will be attending and exclusively revealing preliminary designs and artists’ impressions of how BIMM Manchester will look. 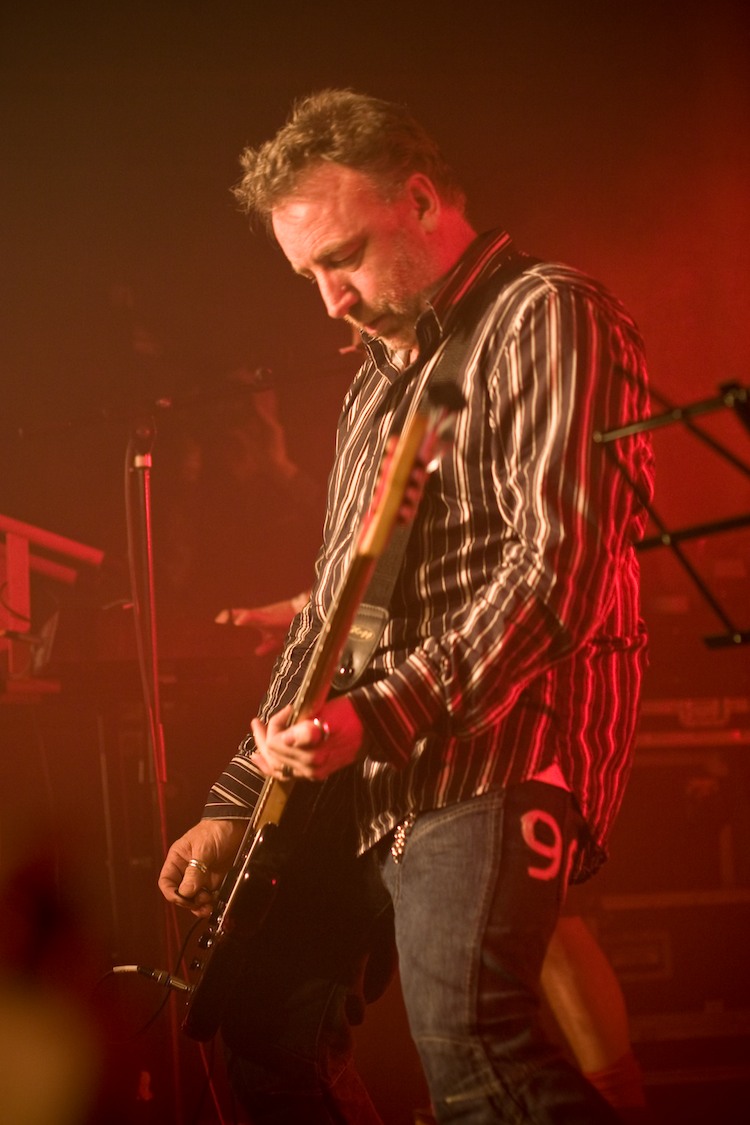 Peter Hook, bassist from not one, but two legendary bands in Joy Division and New Order, will be the special guest at BIMM Manchester’s next Open Day this Saturday May 25th at 11am at Gorilla on Whitworth St!

Hooky will be discussing his career on stage with fellow musician and author John Robb, sharing nearly 40 years of experience, anecdotes, advice and wisdom with potential BIMM Manchester students who are looking to study one of the many BA (Hons) music-based degrees on offer. Potential students and their parents may even get the opportunity to meet Hooky after the event.

Peter’s enormous success in the music world crosses so many disciplines – from musician to DJ, producer to nightclub entrepreneur – means that he is the ideal subject to speak to the potential music stars and rock business wannabes of the future.

END_OF_DOCUMENT_TOKEN_TO_BE_REPLACED 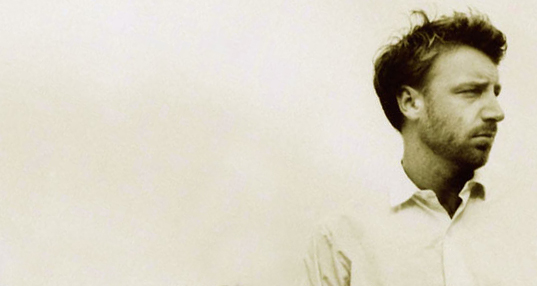 Peter Hook, bassist from not one, but two legendary bands in Joy Division and New Order, will be the special guest at BIMM Manchester’s next Open Day on Saturday May 25th at 11am!

Hooky will be discussing his career on stage and sharing his incredible experience with potential BIMM Manchester students.

The final BIMM Manchester Open Day until September begins at 11am on Saturday 25th May.

As the newest college in the award winning BIMM Group, BIMM Manchester is offering £120,000 worth of Foundation Scholarships when it opens its building in the heart of the city centre in September 2013.

BIMM Manchester will be offering one full Foundation Scholarship (valued at £18,000) for each of its seven BA (Hons) courses – meaning prospective students can study a degree level course in Guitar, Bass, Drums, Songwriting, Vocals, Music Business and Music Event Management, to cover all tuition fees.

BIMM Manchester Principal Vaseema Hamilton adds, “Since we launched BIMM Manchester earlier this year, we have been thrilled by the number of  applicants to all our courses and astonished by the level of talent and dedication that has been presented to our assessment and audition teams.

‘We also recognise that the current financial climate is immensely  challenging for many families and we have created these Foundation Scholarships in order to support members of the next generation of Manchester Music Industry creatives  who might otherwise not have been able to gain a BA (Hons).”

All BIMM Manchester BA (Hons) degrees are validated by the University of Sussex (currently ranked 21st in the UK) and studied on a full time basis, for three years.

BIMM Manchester is open for applications now, and due to continued demand is hosting its fourth Open Day on Saturday 16th March, starting at 12 noon at the Gorilla music bar.

More Open Days are planned for April and May.

Talking at the last BIMM Manchester Open Day in January, Mike Joyce said, “I wish we had something like [BIMM Manchester] when The Smiths were starting out. Nobody told us about the pitfalls of the music business. We might have avoided the problems we encountered.”

After visiting the BIMM Brighton college, Roger Daltrey CBE said, “Really impressed with what you have here, you’re very lucky.”

Today it was announced that Roger Daltrey is to be a Patron for BIMM.

For more information on the courses available, click here.

Budding musicians and industry professionals are to be offered a top class contemporary music education in Manchester.

The award-winning BIMM Group is opening a state of the art £3M campus in the city this September, and has just appointed former EMI CEO Tony Wadsworth CBE as a director to the board.

Recent success stories from BIMM include 2013 BRIT Critic’s Choice Award Winner Tom Odell, who studied on the Professional Diploma in Songwriting course in 2010.

The college is open for applications now and to celebrate, is hosting an open day on Friday 25th January, from 3.00pm (doors open at 2.00pm). BIMM Manchester will take over Gorilla bar and live venue around the corner from the BIMM Manchester campus for the afternoon.

Guests on the day will include Mike Joyce (The Smiths), Richard Jupp (Elbow) and recent BIMM graduate, Ben Thompson (Two Door Cinema Club), who will be talking to Jake Shillingford (Head of Music Business and My Life Story frontman) about their varied and extensive knowledge of the music industry during a live Q&A session and will be taking questions from the audience.

There will also be live performances from former BIMM students; Sam Kelly (Britain’s Got Talent Finalist) and Tiny Dragons.

“During my time as a student at BIMM Brighton I acquired many skills key to becoming a successful musician that I would never have had access to anywhere else. I had a great time honing these skills in the local music scene.

“The key to a successful contemporary music college is being in a city with a thriving music scene, and the music scene in Manchester is nothing short of legendary. Any young musicians like myself who are looking to learn their craft – and learn from people who have really been there and done it – should definitely consider applying.”

Two Door Cinema Club ticket give-away: at the Open Day, Ben Thompson will be giving away 6 pairs of tickets for the band’s Manchester Apollo gigs that weekend to a few lucky attendees.

4.50pm Presentation to end.  Drinks and snacks to be served for a ‘meet and greet / networking reception.

The UK’s leading contemporary music college group is coming to Manchester and is enrolling for 2013. The BIMM Group already has colleges in Brighton, Bristol, Dublin & TMS London, it’s hard to believe it has taken so long to arrive in Manchester with its incredible musical heritage.

If you are considering a career in the music business then a course at BIMM is for you. There is a free Open Day on Wednesday 5th December being held at Gorilla on Whitworth St, facing The Ritz. Come along to one of the two sessions and find what a BIMM course has to offer. All you have to do is register in advance via the link below.

The Smiths drummer Mike Joyce will be present at the morning session that begins at 11am and Elbow’s Richard Jupp  with be joining for the afternoon session at 2pm.