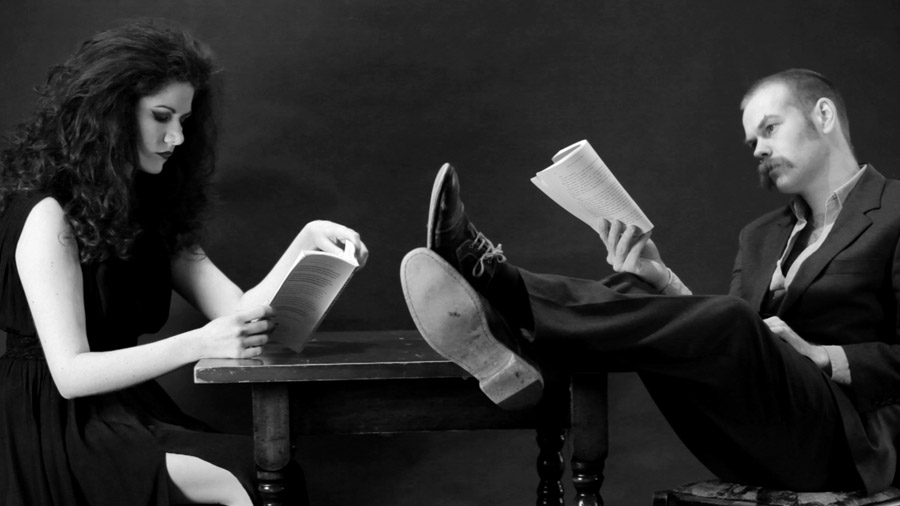 Former mime-artist and street sweeper Louis Barabbas, frontman of the Bedlam Six, has played the villain for too long. And now he’s filled with regret. Or is it just his character?

And yet Waiting For Bad News is an pause – a tender moment for reflection. And it’s the band’s best song yet: a pure emotional growl of love, longing and hope.

While Waiting For Bad News is a wonderful musical progression for Louis Barabbas and the Bedlam Six, it’s an encouraging step for the “Louis Barabbas” character, who has written many songs about lust and loathing – but this one is finally the repressed yelp of love.

“Bad guys are always more interesting. In any given situation there is usually one way of doing the right thing and infinite ways of doing the wrong one. But I’ve played this character too long for him to be a bad guy.

“No one can be the villain in their own story… for the first time I found myself really concerned about how people would perceive my character.

“It was really important to me that the narrator, whilst so often an object of ridicule or disdain, is never one of outright hatred.”

The Bedlam Six have played to packed-out venues in the UK and across Europe and their mix of rumbustious, theatrical vaudeville music and unbeatable rock showmanship (Louis occasionally swings into position on the stage via a rope, pirate-style) having found a rabid audience.

It’s this musicianship/showmanship combination that has lead to The Bedlam Six sharing the bill with such disparate acts as Motorhead, I Am Kloot, Eliza Carthy, The Blockheads, Emmanuel Jal and The Buzzcocks.

Waiting For Bad News is plucked from their new album, Youth – and is out on 11th November.