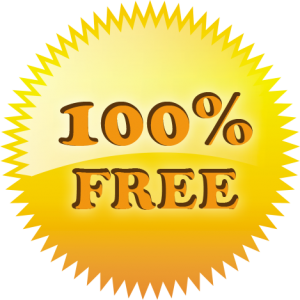 We often get emails from bands asking for advice, or if we can meet for a coffee and let them pick our brains for a bit.

This is always a difficult email to reply to: we always want to help new artists, but on the other hand, if we said yes to every request for coffee in exchange for free advice, we’d spend all week hopping from free meeting to free meeting and having heart palpitations from all the caffeine ingested.

Also, there’s another idea to consider: what the bands want is advice on advancing their career. In other words, they want to fast-track their band through the painful early stages.

This is all very promising, as it shows they are ambitious. And it’s really flattering that they’ve come to us: we’ve worked on Number 1 records a bunch of times and we have tons of great experience under our belts.

But there aren’t many industries where people will hand over the knowledge they’ve spent many years accumulating for the price of a coffee.

And while it rests heavily on its outsider/cool status, the music industry is not very different to any other. (We do offer by-the-hour consultation and advice, BTW. It’ll cost a bit more than a pint, but hopefully is worth a lot more too.)

So, back to the band’s email: they said they were hoping for free advice because they didn’t have a manager or any spare money at the moment.

Now, it’s really hard being in a new band, because there is no money or guidance: you have to scrape the money together and you have to muddle your way through and learn as you go.

I totally understand why they came to us asking for help: the alternative is a long, confusing and difficult road.

But there is no fast-track. That longer, harder route will make them stronger, smarter and give them a better chance of a career.

Anyway – we really are nice people beneath our husk-like exteriors, and so we do try and be helpful, so here’s how we replied:

Hi [BAND X],
Have you visited http://freshonthenet.co.uk/, run by Tom Robinson? Full of great info and it’s free 🙂
Also, as general advice, I’d be wary of looking for management at this stage of your career. You shouldn’t really need a manager until you physically can’t keep up with the workload of doing it yourself any more.
Backing is always useful, but hard to get, obviously. Have you thought of having a “ghost member” of the band? i.e. Assuming you are a four-piece, you split any money you make five ways, and keep the ghost member money to invest in band development?
Or asking everyone to commit to chipping in 5% of their income (which is probably the price of a couple of pints a week!) to a band bank account? Because, bluntly, if each member in the band can’t commit to investing a small regular amount into the band, maybe they aren’t so committed to the band’s prospects…
There are all sorts of creative ways you can conjure up to promote yourselves without money! That said, careful small investments of money in the right things at the right time are helpful for progression – along, of course, with giving it plenty of time and years of hard work gigging/writing.
All the best!
Ask Me PR