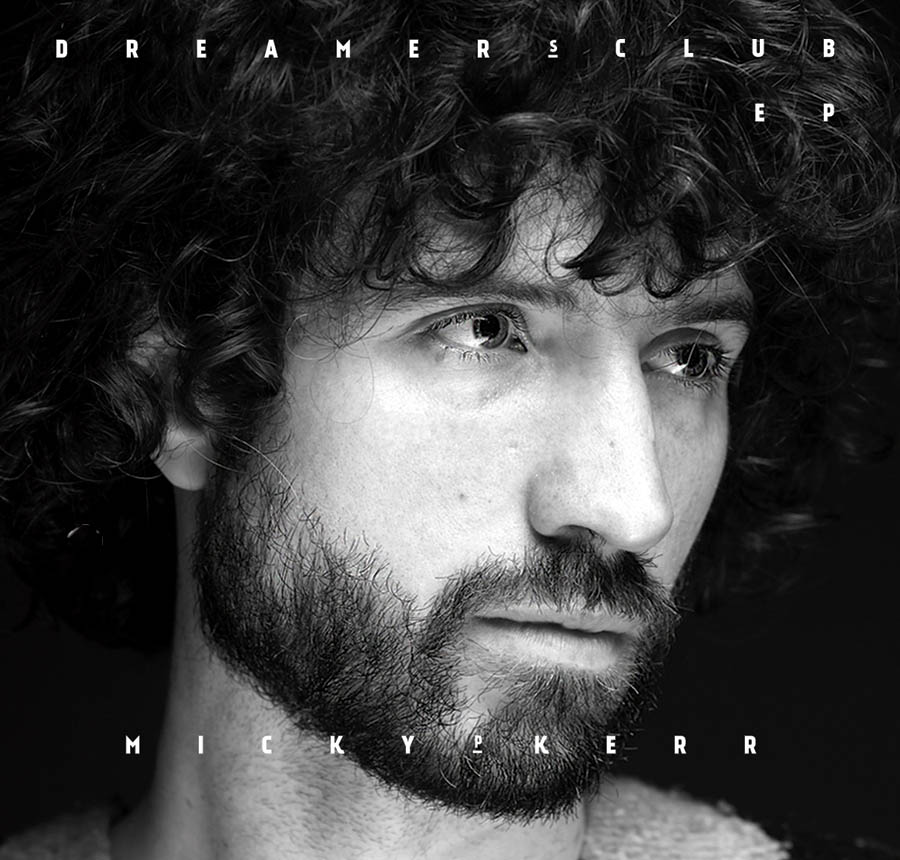 Micky P. Kerr is a creative polymath: you’re as likely to catch him performing stand-up or poetry or his beautiful, tender, wide-eyed songs.

Sometimes you’ll catch him performing all three at once; audiences lapping up his rare blend of wit, intellect and curiosity – all wrapped up in one of his sympathetic songs.

Dreamers Club is one of these delicate, wistful songs.

Immediate, intimate and gently euphoric, Dreamers Club was recorded in a short, intense flurry of creativity at Greenmount Studios in Leeds.

After calamity struck and an album’s worth of material was accidentally destroyed, Micky had to dig deep and record the songs all over again – and the songs are tinged with a mixture of sadness and teak-tough resilience as a result.

Micky also delved deep into the collective consciousness and put into words those ethereal thoughts of yearning, ambition and regret we all feel from time to time – and the result is a song of intense beauty.

Dreamers Club is paired with a perfectly paced video featuring a handcuffed Micky being chased through a forest; the video’s monochromatic style complimenting the song’s bittersweet sentiment.