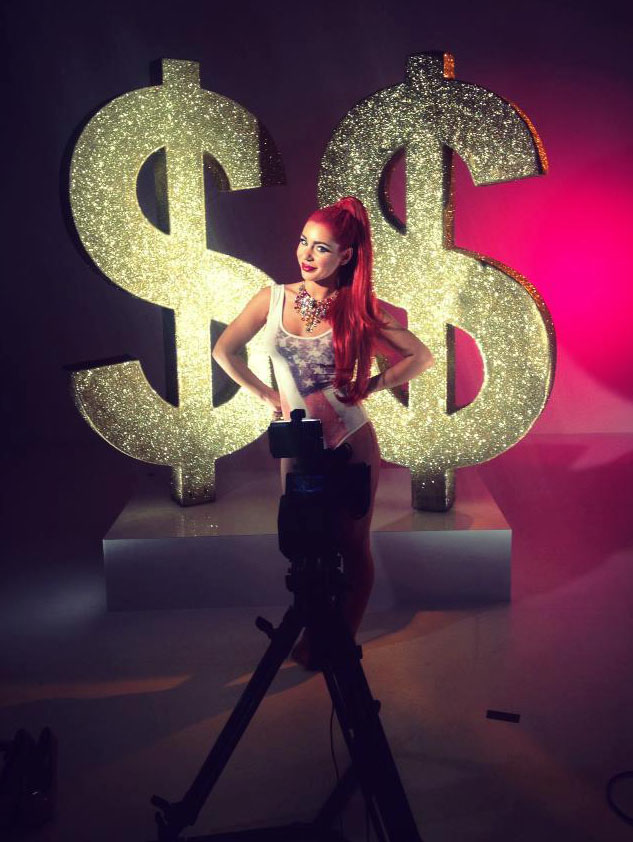 Nina Kray is a colourful swirl of pop intrigue: a richly mixed cultural heritage (Swedish, French and Russian) is reflected in her kaleidoscopic dress sense but her love of pure, uplifting pop music is all of her own making.

She’s spent the last 18 months putting in the hours, locked away in the studio with producer/songwriter Matt James, the mastermind of a bunch of chart hits throughout Europe & Asia with Skyla and DubL Dutch.

She’s been biding her time, but now Nina is ready to reveal her infectious music and confident, over-saturated sense of style, to the world.

Her debut single Like A Night Out In Vegas and its dizzyingly colourful accompanying video is exactly what Nina Kray is all about: fun, trashy pop and incredibly catchy dancefloor rhythms.

You’ll be caught up in the pop rush after one listen, swept along by Nina’s unbridled joy and delivery – and who knows where this particular ride will take you!