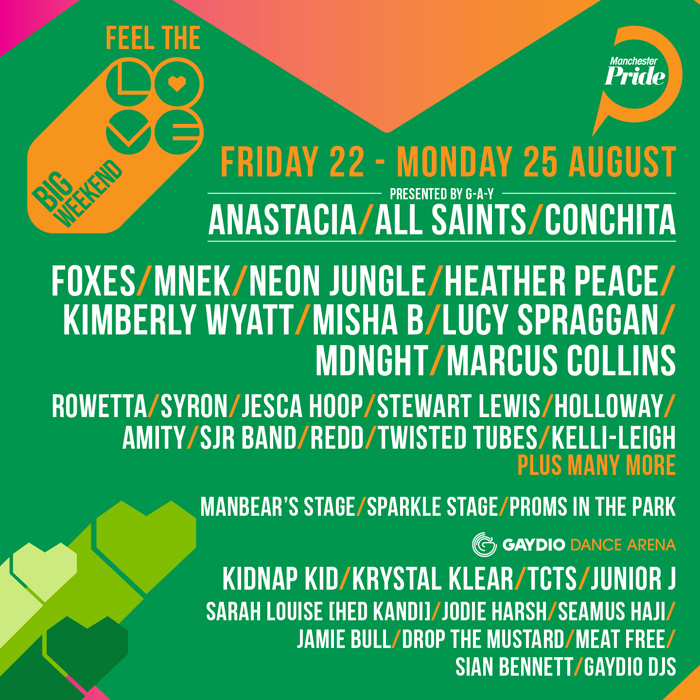 MDNGHT‘s heady and euphoric house-pop songs have been making waves for a while – and now their burgeoning reputation as an excellent live act is growing.

After a thrilling performance at the Big Weekend in Glasgow, the Manchester dance collective have been billed alongside some huge acts at the forthcoming Manchester Pride, on the 24th August.

MDNGHT’s fantastically sultry summer sounds will get the crowd partying on the same bill as multi-million-selling stars All Saints and Anastacia, other hot new acts MNEK and Foxes, and Eurovision winner Conchita.

Their brilliant new, end-of-summer, post-holiday single, Breeze, is getting praise from all quarters, including Time Out magazine, who love their “dreamy, funky house-pop”.

The huge Manchester Pride festival and parade is one of Europe’s longest-running and biggest LGBT events, attracting tens of thousands to the city every year.