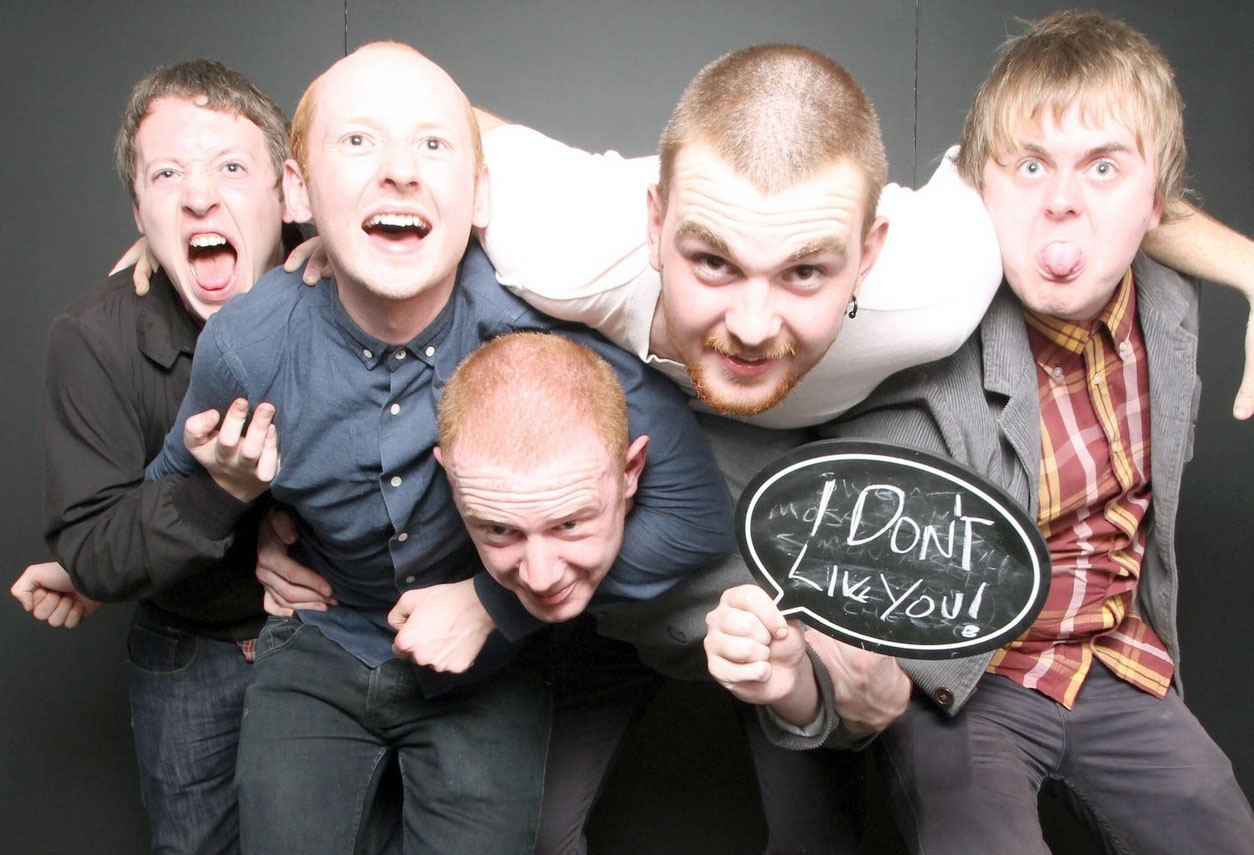 The Minx have been effortlessly selling out venues in their home town of Manchester for months – and each gig has been bigger and better than the last.

It’s for a good reason! The Minx don’t sound like the Mancunian bands you’d expect, but have still connected with the youth in the manner you’d hope.

Word of mouth has spread the news about The Minx’s gigs quickly around town, their young acolytes packing shows to the rafters. (Word has also reached as far as Los Angeles, where Mike Davies has played them on his BBC Radio 1 show.)

And kids have found kindred spirits in The Minx. They’re lads you’d like to meet in the pub: smart, sharp-dressed, unpretentious and fun… but with the wit, brilliant pop tunes, snappy lyrics and infectious enthusiasm that have filled dancefloors citywide.

Echoes of fellow Mancunians The Buzzcocks & pop-punk pioneers The Undertones shoot through their short ‘n’ sweet paeans to the joys of real life.

Chris Haddon, singer and guitarist, says that there’s no huge secret to The Minx’s successful recipe of pop-noise:

“We’re just five best mates from Wythenshawe interested in all the cultures around us and everyday life – we all love Punk, Reggae, Soul, New Wave, and Pop, and it all comes out in the music we make. It’s Frank Sinatra meets Joe Strummer with a good backbeat!”

They’re a gang, not a band, he says. Right now, the gang is growing fast.

“I listened to [The Minx] one more time, decided I liked it and bought it”­ – Mike Davies, BBC Radio 1
“The most exciting new band I have heard in years; a ferocious live proposition”­ –Pete Jobson, I Am Kloot
“The Minx – the best thing to come out of Manchester since Oasis”­ – Sabotage Times
“Their star will continue to rise over the next 12 months”­ – John Robb, Louder Than War

Who are The Minx?