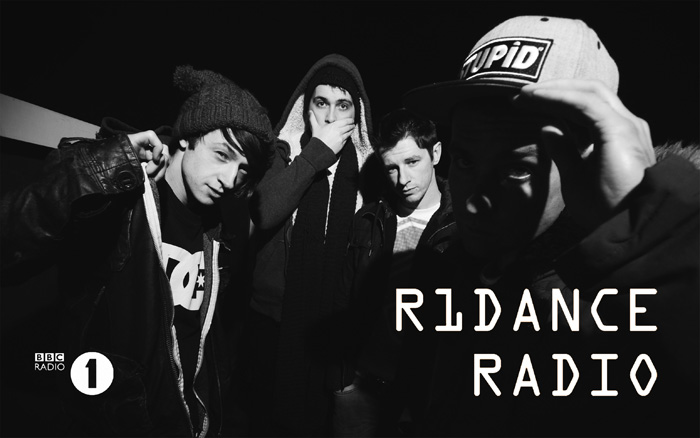 It’s a huge honour for Animal Music, and recognises the hard work the band have put in whilst they have blended their mix of raucous live shows and heavy dance beats into one frenetic aesthetic.

And recognition of the breadth of new talent on Manchester’s MUK record label comes in the shape of labelmates MDNGHT being asked to do a 15-minute guest mix within Animal Music’s slot.

They will be DJing in between Radio 1’s infamous Dance Anthems show and Hospital Records’ takeover – a highly prestigious two-hour slot.

There are a host of huge names DJing across the week-long, 24-hour-a-day event, including Annie Mac, Pete Tong, Defected Records, Resident Advisor and Food Music.

R1 Dance Radio is deserved front-and-centre attention for Animal Music and it be the focus of the Radio 1 homepage for the whole week – check out the full schedule here!

22-year-old Jack Robert Hardman writes and records his own brand of quirky pop music from his home studio in Ascot, UK. His intention of pushing the boundaries of production each time he records a new track has certainly been realised. You may have heard how, in the summer of 2011, Jack made his track ‘Sorry to George’ available as a free download. It attracted great excitement and interest from the blogosphere, being described as ‘dangerously addictive’ and ‘fantastically appealing’ by Eclectically Challenged ; support from radio came from John Kennedy (Xfm) and the BBC’s Tom Robinson , Huw Stephens and his local BBC Introducing presenter Linda Serck. See Music Week The Tastemakers below.

‘Famous’ is the first official single and is set for release through Pleasant Pursuits / Essential Music and Marketing. An acoustic blend of distinctive vocals and folk guitar melodies, the track’s intelligent juxtaposition of simple musical style with a lyrically complex theme showcases Hardman’s creative sensitivity at its best. The song tells of a youth’s insatiable desire to make something of their life, without any real plan on how to do it. In Hardman’s words “Famous captures the blissful naivety of youth that leads us to believe we can achieve anything.” You can check out the video below.

“His sound and writing have grown in range, and daring every time we’ve heard him”
Tom Robinson, BBC 6 Music

“Jack Robert Hardman should come with a warning label: his insanely
catchy pop will stick in your head pretty much forever. He’s a supreme talent with a unique voice and take on life.”
BBC Berkshire Linda Serck

You can also stream “Famous” from our SoundCloud page:

You can also listen to a sampler of Jack’s album from our SoundCloud page too: